Aleksander Smolar who served as the Chair of the Board for the past 29 years decided not to stand in the elections. The Council elected Edwin Bendyk as a new Chair. Following his resignation from Foundation’s Board Aleksander Smolar will continue his engagement in Foundation’s programmes as an expert and strategy and international affairs advisor.

Also, at the same meeting the Council elected its new Chair to replace  Prof. Marcin Król who stepped down from the function he has held since 2009.  The new Chair is Prof. Andrzej Rychard, sociologist, academic teacher and Director of the Institute of Philosophy and Sociology of the Polish Academy of Sciences.

The Managing Director of the Foundation continues to be Ewa Kulik-Bielińska. 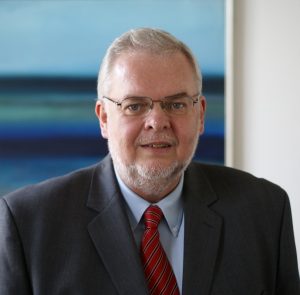 Andrzej Rychard, a new Council Chair is a professor of sociology at the Institute of Philosophy and Sociology of the Polish Academy of Sciences, Corresponding Member of the Polish Academy of Sciences, and the member of the Committee for Sociology of the Polish Academy of Sciences. He has been a visiting professor at i.a. Harvard University, Indiana University, Cornell University, Shanghai Academy of Social Sciences, Chinese Academy of Social Sciences.  He specializes in theoretical and empirical studies on the relations among state, economy and society, social legitimation of the political and economic systems, sociology of health care systems, and the role of historical and cultural legacies in contemporary societies.  He is an author of numerous research papers published in Poland and abroad and a commentator of public affairs in Polish media. In 2004-2010, he was a member of the the Batory Foundation’s Board and since 2017 he has been working at the Foundation’s Election Expert Team. His publications include: Legitymacja. Klasyczne teorie i polskie doświadczenia. Praca zbiorowa [Legitimacy. Classical Theories v. Polish Experience. A collection of papers] (co-editor), PTS-UW, Warsaw 1988, Władza i interesy w gospodarce polskiej u progu lat osiemdziesiątych [Government and Business Interests in the Polish Economy in the Early 1980s], Oficyna Naukowa, Warsaw 1995, Czy transformacja się skończyła? Powstawanie nowego ładu w perspektywie socjologii zmiany instytucjonalnej [Is the Transition Over? The Emergence of a New Order Assessed on the Basis of Institutional Change Sociology] IBGR, Warsaw 1996, Elementy nowego ładu [Components of the New Order] (co-editor), IFiS PAN, Warsaw 1997, Niepokoje polskie [Polish Anxieties] (co-editor), IFiS PAN, Warsaw 2000, Strukturalne podstawy demokracji. Praca zbiorowa [Structural Foundations of Democracy. A collection of papers](editor), IFiS PAN, Warsaw 2008, Legitymizacja w Polsce. Nieustający kryzys w zmieniających się warunkach? [Legitimisation in Poland. An Incessant Crisis in a Volatile Environment] (co-editor), IFiS PAN, Warsaw 2010. 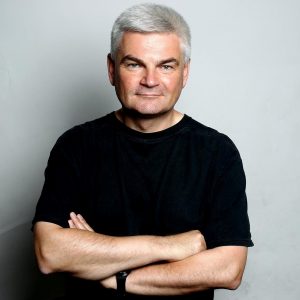 Edwin Bendyk, a new Board Chair is a journalist, columnist, writer, futurologist, academic teacher and author of the highly popular blog Anymatrix. Since 1999, he has been a columnist in the Polityka weekly magazine, where he was in charge of the Science and Civilisation section. His interests include civilisation, modernisation, environment, the impact of science and technology, mainly digital technology on society, politics, culture and economy. His interests also include social and urban movements. In 2010, he founded Centre for Future Studies at Collegium Civitas where he teaches contemporary challenges. He is a professor at the Graduate School for Social Research of the Polish Academy of Sciences and Lancaster University. He is a member of the Polish PEN-Club and the Board of the European Council on Foreign Relations, and a member of the Programme Board of the Greed Institute. Former Chair of the Board of the National Audio-visual Institute and member the Board National Culture Centre. His publications inlcude: Zatruta studnia. Rzecz o władzy i wolności [Poisoned Well. A Piece on Power and Freedom], W.A.B., Warsaw 2002, Antymatrix – człowiek w labiryncie sieci, [Antymatrix: Man in a Labyrinth] W.A.B., Warsaw 2004, Miłość, wojna, rewolucja. Szkice na czas kryzysu [Love, War, Revolution. Sketches for the Time of Recession], W.A.B., Warsaw 2009, Bunt sieci [Network Rebellion], Polityka Spółdzielnia Pracy, Warsaw 2012, W Polsce czyli wszędzie. Rzecz o upadku i przyszłości  świata, Polityka Spółdzielnia Pracy [In Poland, i.e. Anywhere. A Piece on the Fall and the Future of the World], Warsaw 2020.