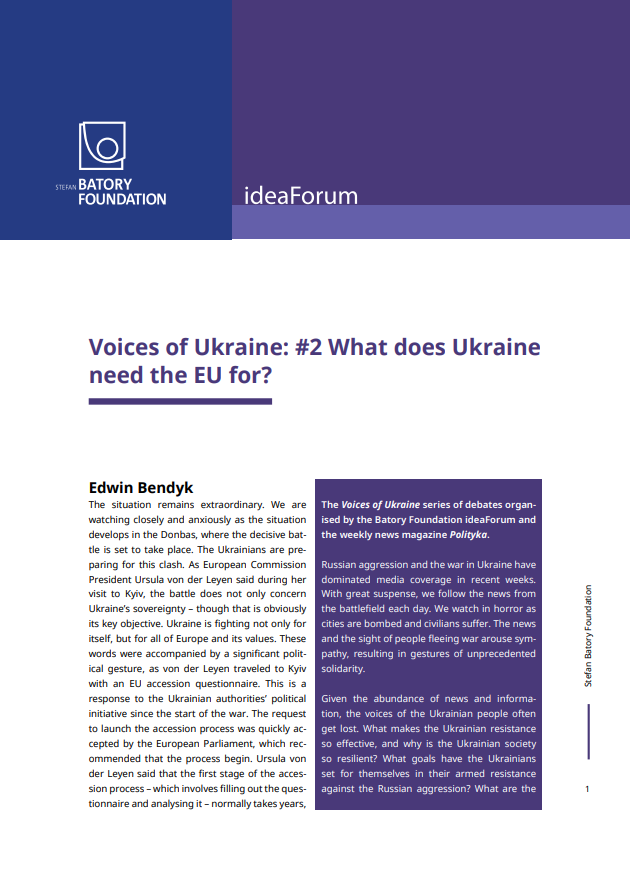 Voices of Ukraine: #2 What does Ukraine need the EU for?

Translation of the second debate in the “The Voices of Ukraine” series. When following the news on Russian aggression in Ukraine, we have no doubt that this is where the future is now being made, and that it will largely depend on the men and women of Ukraine. That is why we invite Ukrainian experts, publicists and journalists, as well as people of culture, to talk to us. The main question of the second discussion in the series was: What does Ukraine need the EU for? Where does the Ukrainian pro-European enthusiasm come from? After all, the Ukrainian media have shown that, since the war started, the assistance provided by the EU member states has been several dozen times less than the money they have paid Russia for coal, oil, and gas. What kind of European Union does Ukraine want to join? The discussion took place on April 13, 2022 with the participation of Pavlo Klimkin, Veronika Movchan and Edwin Bendyk as the interviewer.